Security measures in these environments are an absolute priority

In the event of an emergency in a tunnel, the poor visibility, high concentration of smoke, toxic gases and heat, the limited escape routes and panic among people, make it clear that security measures in these environments are an absolute priority.

This is where signaling is essential to achieve a fast evacuation.

Implaser has extensive experience in carrying out projects focused on signaling road and railway tunnels. There is signage according to each need and with adapted features to each environments.
Certified products
Implaser designs its signs, manufactures them in accordance with safety regulations, and provides guarantees to its clients through the certification of its products with the N of AENOR. It is also in the process of being approved by public entities such as ADIF.
Some of its works are the Monrepós road tunnels (Huesca), the Churriana tunnel (Málaga), the Pau Casals highway tunnel (Catalonia) and the Zorroaga tunnel (Guipúzcoa), among others. In addition to these works in the railway field, it must be highlighted also the Barcelona Metropolitan Transport Network or the Panama, Madrid and Quito subways.
Signaling in road tunnels
The Royal Decree 635/2006 and the European Directive 2004/54, on minimum safety requirements in road tunnels in Spain and the trans-European road network respectively, establish the minimum equipment that a tunnel must include according to its type. These are classified according to whether they are unidirectional or bidirectional, their length and their Average Daily Traffic (ADT).
In all of them, vertical signage is mandatory in accordance with regulation 8.1-IC of the Road Instruction. The minimum mandatory elements, depending on the tunnel area, are:
1. Emergency exits. Large-format evacuation signage, which thanks to its photoluminescence and large dimensions helps to identify the emergency exit from long distances and/or under unfavorable conditions, such as darkness, smoke, or crowds. There are also 'Emergency Exits' lights, in the form of photoluminescent banners. They are internally illuminated and are visible on both sides. In this way, they allow the identification of the emergency exit door. The Emergency Door identification signaling, also photoluminescent, is located on the lintel of the emergency exit.
2. Signaling of the nearest doors. Implaser manufactures photoluminescent signs for the identification of the two closest emergency exits, to the right and left. They indicate the distance, in meters, to the nearest emergency exits, in both directions.
3. Emergency posts. In road tunnels, the existence of signaling sets is mandatory to warn about the presence of a SOS post. They consist of a telephone pictogram, a fire extinguisher pictogram and an arrow indicating the distance in meters to the nearest SOS post, both in the direction of travel and in the opposite direction. In addition to the signage "This area does not protect from fire".

Apart from these mandatory elements,  there are additional ones that Implaser manufactures and recommends. The purpose is to increase the safety of users and help them and the rescue teams to evacuate more effectively. These are large emergency exit doors, “push the bar to open” signs, door number identification, photoluminescent LLL systems, backlit banners for emergency posts, fire protection equipment signage, sign of kilometric point, etc.
The characteristics of all of them can be consulted in this road tunnel signaling catalogue.
Railway tunnel signaling
Railway tunnels are unique elements that require special attention to user safety. Although the probability of accidents inside is lower than on highways, the consequences can be more serious.
Correct signage is essential for evacuation and the identification of fire protection elements: along the tunnel, at the emergency exits and at the stations, where users regularly move.
The safety signaling elements, referred to according to the area of the railway network, are:
1. Tunnel tube. Photoluminescent signaling of nearest escape doors and kilometer markers. They will help users and drivers to locate themselves inside the tunnel in case of an emergency. In addition, it will serve the rescue teams to carry out a more effective action.
2. Emergency exits. Large format photoluminescent signs for the identification of emergency doors. There are also signs for the identification of the line number and exit number, "push the bar to exit" signs and photoluminescent LLL systems for panic bars.
3. Station. Photoluminescent signage for the identification of firefighting equipment (equipped fire hydrants, fire extinguishers, hydrants, push buttons), evacuation route signs, "no exit" signs, evacuation plans in accordance with the UNE 23032:2015 regulation, photoluminescent and floor tactile paving for marking the edge of the platform, floor tactile routing, etc.
The characteristics of all these products can be consulted in this railway station and tunnel signaling catalogue.
Road tunnels, under debate in Granada
PIARC (World Road Association) and ATC (Technical Road Association), of which Implaser is a member, have organized the2nd International Conference on Tunnels and the VIII National Symposium on Tunnels, which took place from 25 to 28 October in Granada. This joint event has brought together the knowledge and exchange of international experiences of PIARC in this matter, along with the already traditional and extensive national event organized by the ATC every four years.
The challenges raised by climate change, the sustainability and resilience of infrastructures, as well as the technological transformation of road transport, will mean a redefinition of road design and management standards. And, of course, from the road tunnels.
To learn more:   IMPLASER
Related news
23
January
MOLDTECH: Moulds for bridge girders production in Australia
Members news
19
January
Himoinsa and Repsol reinforce their partnership for Spain and Portugal
Members news
17
January
CEMA Baterías renews its brand identity
Members news
28
December
MOLDTECH, tilting tables 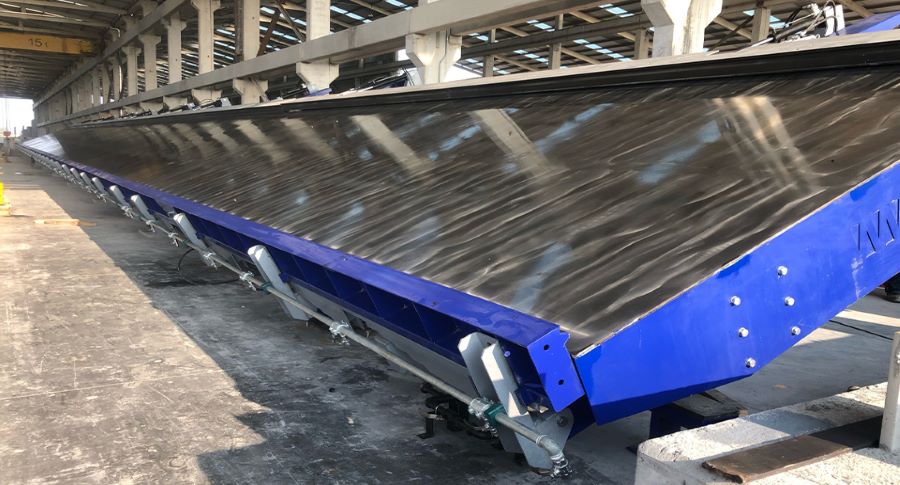 There was an error on the process
We use our own and third-party cookies for technical and analytical purposes. For more information, you can visit our Cookies Policy. If you press the “Accept all” button, you will be consenting to all cookies. Likewise, you can configure or reject them in our Cookies Configuration Center.
Configure cookies Acept all

You can configure your preferences, at any time, regarding the use of Cookies.